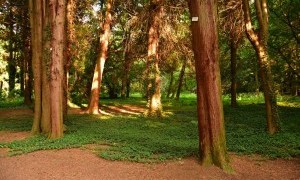 The oldest arboretum in Poland, founded ca. 1783. The collection includes many species of trees from moderate climate zone of Northern America, Asia and Southern Europe. The park is the warmest place in Opole province with the annual average temperature of 8,6 °C. 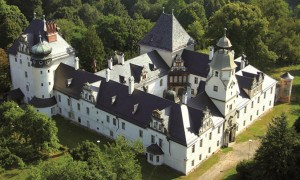 The castle in Dąbrowa was erected in XVII century by Joachim von Mettich-Tschetschau, a representative of one of the most wealthy Silesian families. Now the University of Opole owns the castle. 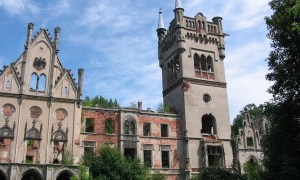 The palace in Kopice, known also as the palace on water, as it was surrounded by ponds on three sides, with its impressive 150-acre park, outstanding collections of sculptures and paintings, hunting trophies, a collection of rare boos and arms, was visited by most dignified aristocracy of Europe. Until 1945 it belonged and was the home of one of the most excellent German families – the Schaffgotsch family. 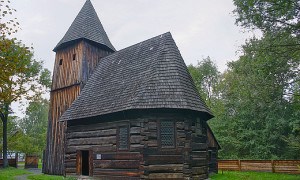 The Opole Open-Air Museum of Rural Architecture is the only open-air museum located in the Opole Voivodeship, and one of only four such museums located within the historical boundaries of Silesia. During its almost 50 years of existence the Museum has amassed a rich collection of historic wooden architecture from the Opolan Silesia region. 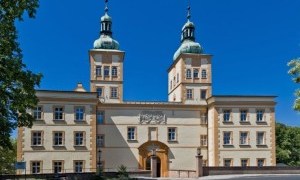 Count Jerzy Proskowski had the Renaissance castle built in the late 16th century, which was set ablaze by Swedish troops during the Thirty Years’ War and had to be rebuilt in their present Baroque style after the war. Later it was purchased by the Prussian king Frederick the Great in 1783. From 1847 the castle was used as an agronomic college, which was relocated to Berlin in 1881. The succeeding institute for pomological research, including an arboretum and extensive orchards, exists up to today. 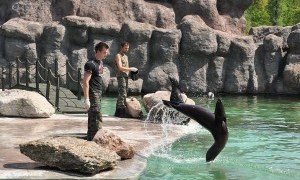 The Zoological Garden in Opole is an oasis of tranquility and relaxation. It is located in the centre of Opole among old-trees of Bolko Island. At present, there are 1000 animals representing over 200. In 1997 the Zoo was heavily damaged by a flood, Since 1998 it has been gradually rebuilt, which makes it one of the most modern zoos in Poland. 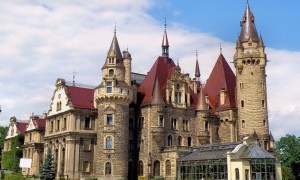 The castle is one of the best known monuments in the western part of Upper Silesia. The history of this building begins in the 17th century. The architectural form of the castle contains a wide variety of styles, thus it can be generally defined as eclectic. The height of the building, as well as its numerous turrets and spires, give the impression of verticalism. The whole castle has exactly ninety-nine turrets and contains 365 rooms. 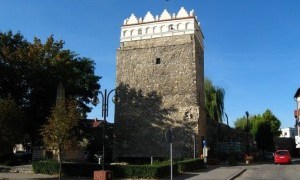 The tower of the Upper Gate in Krapkowice was built in the second half of the 14th century and then rebuilt around 1580 in the Gothic and Renaissance style. It is a rectangular structure made of stone and has three stories and barrel vaulting on the ground floor. 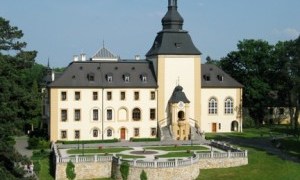 Currently the sanctuary of St. Jack, quite popular among tourists and pilrgrims. Its patron is St. Jack Odrowąż, who was born here in 1183. Five centuries later the von Larisch family converted a medieval fortress into a baroque palace, and teh chamber where he was born, was made into chapel. 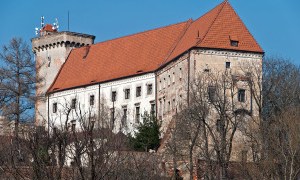 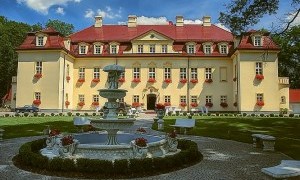 The pałace in Izbicko was built in XVI century and was damaged by several fires. It was burned down for the first time in 1748. At this time it belonged to the Larish family who renovated the castle in neoclassical style. Seventy three years later a fire consumed the palace again and after this incident earl von Strachwitz rebuilt it in Norman style. The last fire broke out in 1921. 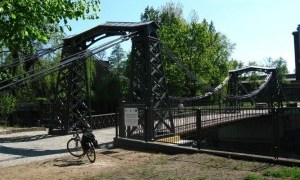 Completed in 1827 it is the second oldest wrought iron suspension bridge in Europe. The bridge was manufactured in a local Malapane Steelworks in Ozimek which supplied bridges to European cities from Berlin to Petersburg. It was constructed between 1825 and 1827 from parts made of wrought iron and steel. Suspended between two towers, on each side of the bridge, are four chain cables which support the span. The deck was made of timber. The bridge was used as a road bridge until 1938; then it continued to be used for pedestrian traffic only. 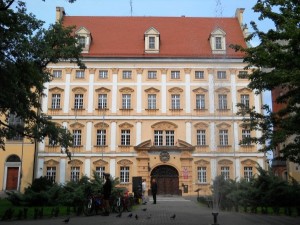 Sobieski’s Castle in Oława is a Renaissance-Baroque style castle located in the site of a former Gothic castle. The original castle had been built by Duke Ludwik I in the second half of the fourteenth century. It was the third castle structure in Oława, the first being the seat of the castellans, located in the south-east of the town. It remained an integral part of the town’s defenses until the wars with the Hussites. 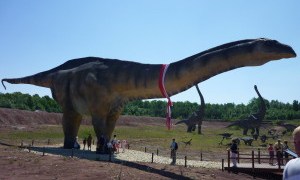 Museum of Paleontology combined with a theme jurrasic park. Visitors can see both excavations and life-size dinosaurs models.

Książ Castle, the third largest castle in Poland, is located on a majestic rock cliff and beautifully surrounded by the forest. It is often called ‘the Pearl of Lower Silesia’. It is believed that sealed tunnels under the castle are the place where at the end of World War 2 the Nazis hid a train with gold and other valuables stolen during the war. Treasure hunters are trying hard to find the train, but so far its existence has not been confirmed.